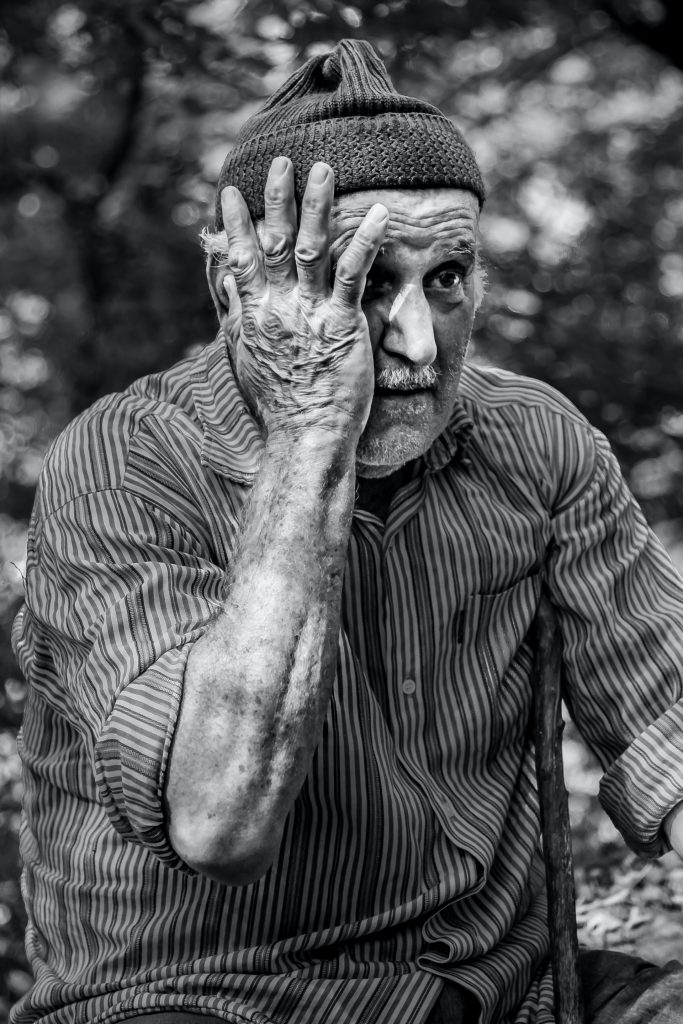 Music has the great power to evoke emotions and can even spark up old memories. In fact, we often choose our music selection based on a song we feel resonates with our current mood. Perhaps that is why hearing a song you once played the night you fell particularly blue can remind you exactly what you were blue about that day.

In fact, music is so effective at evoking emotions and sparking memories that it is even a form of therapy for those afflicted with Alzheimer’s or dementia. In fact, music has shown to be particularly effective in boosting brain activity and recovering lost memories in these individuals.

The soothing sounds of jazz music can be used to reduce stress, recall memories, and even offer therapy to someone struggling to remember things. Aside from this, singing along to your favorite song can also help boost brain function. For someone with Alzheimer’s who is faced with a great deal of confusion, daily long-term care, and high costs, the soothing sounds of jazz could make all the difference.

The 1920’s were quite important years in the history of jazz music. During that time, Louis Armstrong invented a unique brand of jazz, called swing. Furthermore, he inspired an era of soloist jazz singers and musicians. Without a doubt, Armstrong is the most influential jazz musician in history.

It was a break from the traditional “hot jazz,” which black musicians learned by ear. What made it even more compelling is the blend of blues, New Orleans, and unheard of textures. Such structure never existed in jazz before Armstrong came along.

The Age of Orchestral Jazz

Orchestral jazz emerged in the 1920’s with Fletcher Henderson and Duke Ellington. Henderson was the first to put a full jazz orchestra together. He added new instruments and techniques to jazz music with the help of Don Redman.

Duke Ellington renewed orchestral jazz by adding some elements that weren’t there before. He explores the unchartered territories of jazz compositions and arrangements including dance songs, club music, and ballads. Ellington experimented with unusual brass and reeds and combined musical instruments.

In its early days, the audience didn’t understand orchestral jazz due to competition from white bands and prevalence of swing. However, orchestral jazz didn’t catch fire until the 1960’s with worldwide tours.

The Ushers of Modern Jazz

In the first few years of 1930’s, two bands made jazz history: Moten and Casa Loma Orchestra. The influence wasn’t immediately evident. The bombastic, energetic, and rhythmic jazz music made by the Moten band made a wave. Orchestral jazz was changed forever thanks to the mixture of revolutionary instrumental virtuosity and the outstanding balance of solos.

The Casa Loma Orchestra was the first white band to try a swing, to introduce jazz instrumentals and influenced many bands including black musicians.

The next breakthrough came from the Goodman’s band in the Palomar Ballroom in Los Angeles. After a long streak of unsuccessful nights, Goodman’s band became a hit out of the blue. Goodman became known as “King of Swing.” Other bands started to take notice and the swing era became fully realized.

With the flood of orchestral bands that followed, Count Basie’s stands out the most. The Basie bands encouraged improvised solos and rarely wrote their music. It was the age of innovator saxophonist Lester Young, Buck Clayton, and trombonist Dicky Wells. The band continued to tour until Basie’s death in 1984, which indicate how popular their unique style was.

Notably, it was an interesting turn in the history of jazz. Because for the first time the role of composer-arrangers was evident. At the time, the average jazz fan believed in the soloist improvisers and ignored those who provided the framework.

Influential swing soloists of the era include saxophonist Coleman Hawkins, pianist Art Tatum, and singer Billie Holiday. That era produced masterpieces such as “Body and Soul.”

A Return to the Roots

Between the 1930’s and 1940’s, jazz started to return to small group players after a decade of big bands. That’s when racially mixed jazz groups started to take hold as well.

Goodman led most of those combo groups while touring the United States. In 1937, pianist Nat King Cole formed the trio but it wasn’t until 1940 that he started singing and recording. Furthermore, he launched his solo singing career with smashing hits such as “Straighten Up and Fly Right” 1943).

In the 1950’s and 1960’s, jazz and classical music merged together and produced a “third stream.”

Today, the jazz scene hasn’t evolved much. It has three main styles, traditionalist, contemporary mainstream, and “anything goes.” 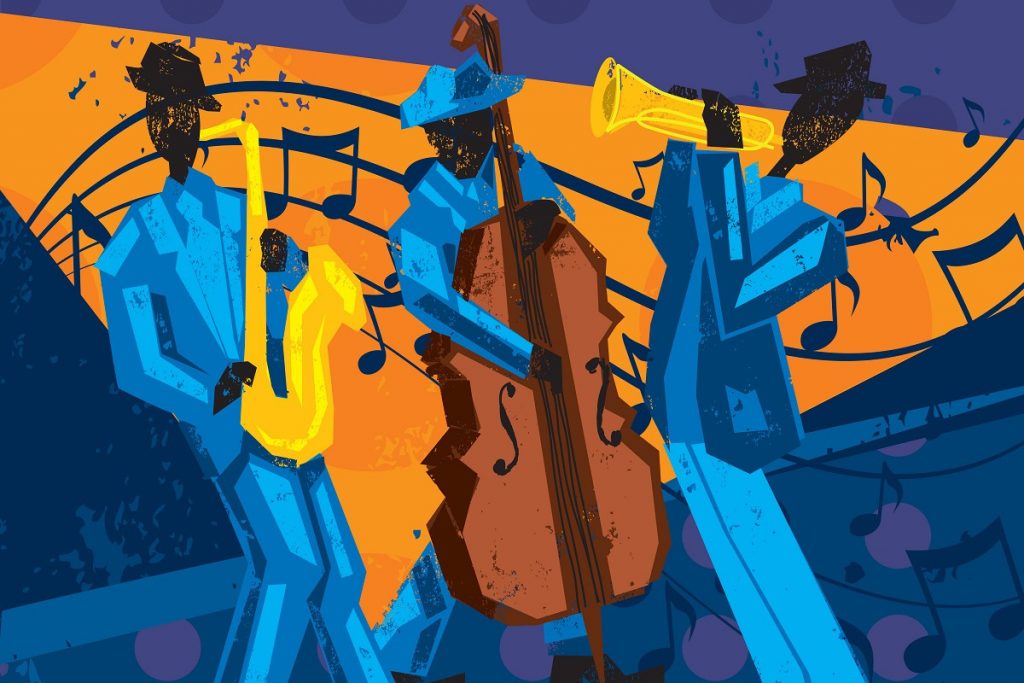 The slaves who came from West Africa carried the first seeds of jazz music despite the horrid living conditions in the American South. European influences helped nurture those seeds into becoming the earlier known for of jazz music. It’s an infusion that took decades to reach fruition.

At that point, jazz was no longer African nor European but a purely American art form. Therefore, without the slave trade, jazz wouldn’t have evolved. In other countries, where African slaves were separated in close communities, they retained their pure African music.

Jazz took its distinctive musical style with the coming together of many elements over time. It manifested in work songs, religious hymns, and funeral processions. Furthermore, it became a popular dance music.

Due to racism, black people who performed as jazz musicians found themselves out of work. Therefore, they picked up ragtime and that’s when jazz started to enter a new evolution phase. It was the time of New Orleans Jazz.

Modern Jazz As We Know It

Jazz evolved in New Orleans between 1910 and 1915. It was the time of jazz giants who played the cornet and clarinet including Buddy Bolden, Buddy Petit, and Keppard. Strangely enough, a mediocre group of white musicians called the Original Dixieland Jazz Band created the first jazz records in New York City. Although they were from New Orleans, they weren’t representative of New Orleans jazz.

Depending on how you define “jazz music,” it wasn’t confined to New Orleans. Musicians played jazz all over the United States including Los Angeles, Missouri, and Colorado. 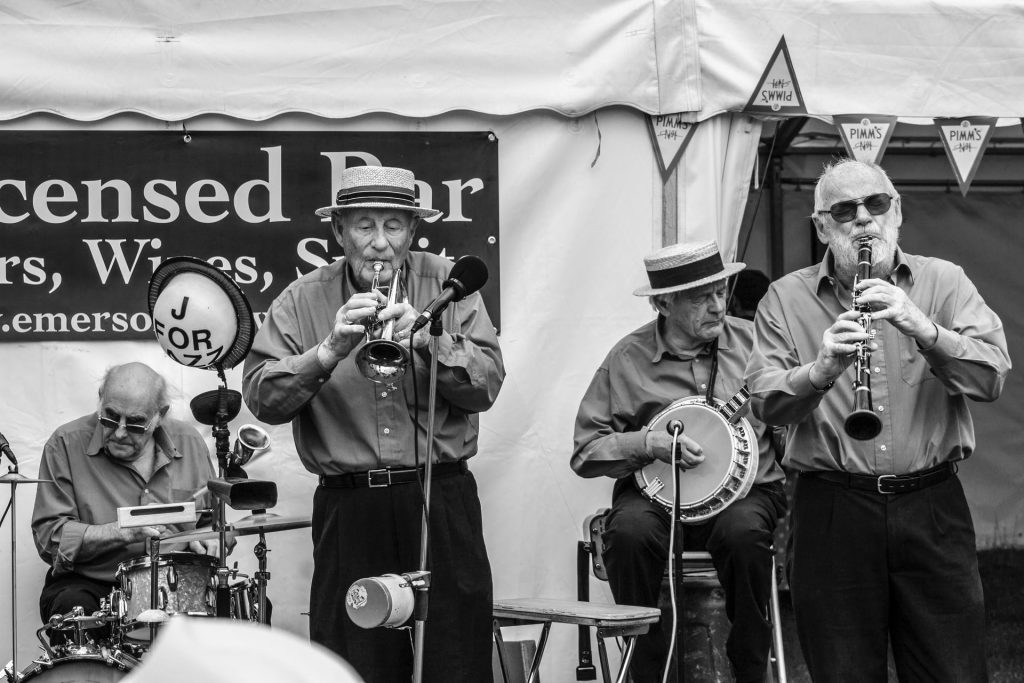 The history of American jazz music is fascinating. First of all, African American developed jazz through a blend of European harmonic configuration and African tribal rhythms. Jazz influenced ragtime and blues and was influenced by them. Throughout its history, jazz was an improvised, instrumental music. How to define jazz? From New Orleans style, smooth jazz, to 1950s jazz songs, the immortal words of Louis Armstrong ring true: “If you have to ask, you’ll never know.”

However, creativity is the driving force of jazz. A jazz musician performs his own interpretation of the composition. Unlike classical music where the performers play the music the same way every time.

The Thrill Is Gone